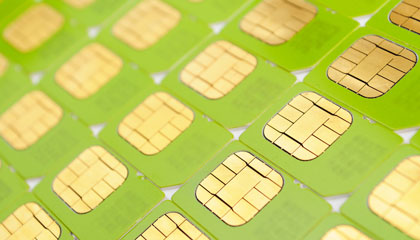 Mobile anti-fraud and revenue protection specialist Revector has located more than one million fraudulent SIM cards on operator’s mobile networks. The location and elimination of one million SIMs has saved mobile operators in excess of $3 billion.

Fraudsters take advantage of the networks’ re-routing calls via GSM Gateway hardware leading to loss of revenue for operators and poor service for customers.  In some countries 96% of all calls can be shown to be illegally rerouted without the operator or the caller’s knowledge.

Using a single SIM, this illegal practice can defraud a mobile operator by as much as $3000 per month.  Revector detects anywhere from tens to many thousands of SIMs being illegally exploited. Many operators still fail to recognise the threat or understand the levels of fraud occurring within their networks.

Andy Gent, CEO of Revector, said: “The fact that this level of fraud has been detected by Revector indicates that mobile frauds remain virulent, continues to evolve and has become more professional, and so demands ever more intelligent tools to combat the threat.”

Revector has also launched a Test Event Generator – a Software as a Service (SaaS) platform that enables mobile operators and regulators to accurately measure call timings, identify infrastructure failings and improve customer service – all at a fraction of the cost of traditional revenue assurance systems and without the need to make changes to IT systems.

Andy Gent continued: “Our Test Event Generator means operators can identify and eradicate billing errors and infrastructure issues quickly and effectively.  Unlike expensive IT systems, it is accessible from any connected device.”